Photos and videos from the Holuhraun eruption 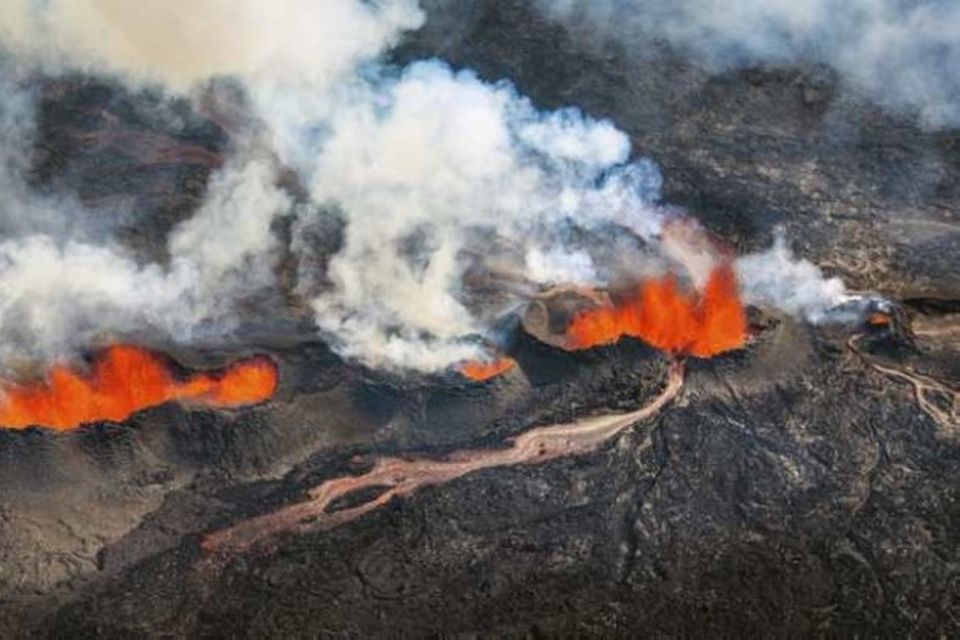 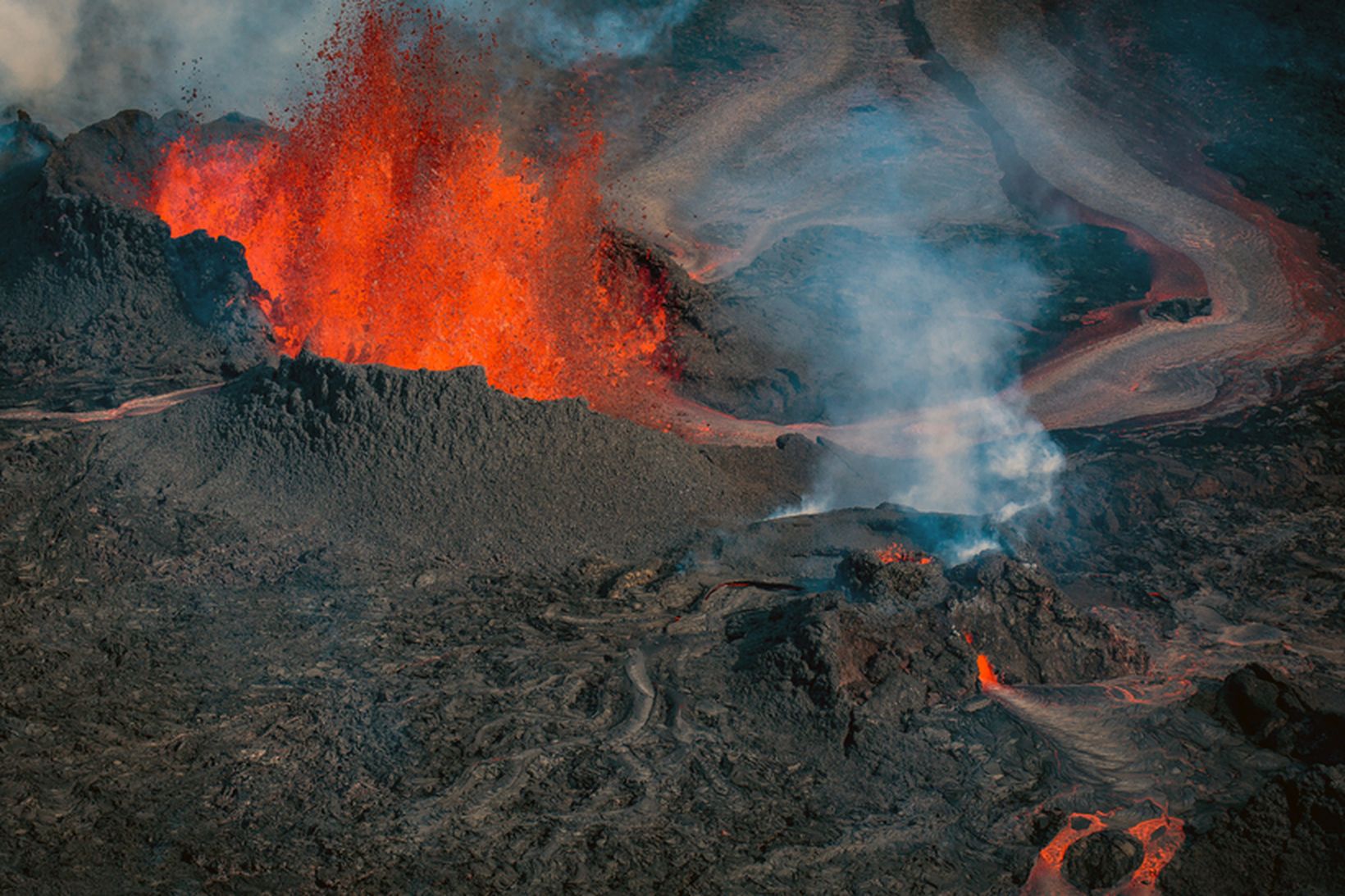 END_OF_DOCUMENT_TOKEN_TO_BE_REPLACED

The eruption in Holuhraun shows no signs of slowing down. Volcanologist Ármann Höskuldsson at the Institute of Earth Science of the University of Iceland says volcanic activity has been increasing. Scientists are currently working around the rift after having had to leave the area yesterday after a flood warning was issued.

The photo series in this story was captured yesterday by mbl.is photographer Árni Sæberg.

"The rift is still going strong. A few craters around it have stopped erupting, but the main rift is still in full force," Ármann said. Rain was pouring down in the Holuhraun area when mbl.is contacted Ármann. When the rain hits the lava-field, it immediately turns to steam.

The lava-field keeps on growing, and is now about 8 square kilometers. Ármann says it won't be long until the field reaches Jökulsá á Fjöllum.

Seismicity has not been very intense since midnight UTC. Two strong earthquakes, magnitude 4.8 at 03:45 and 4.3 at 06:18 were recorded.

A video of the eruption by Kristinn Ingi Pétursson 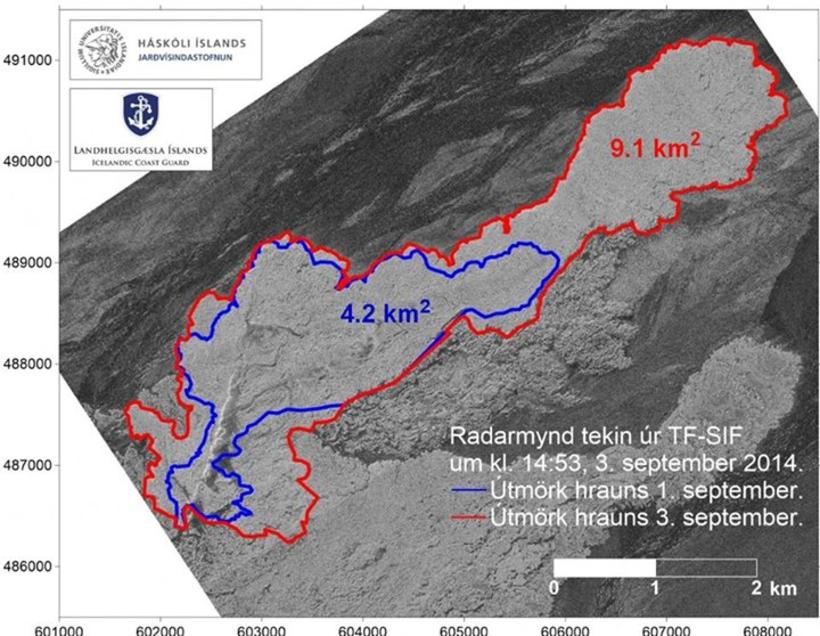 A map showing changes in the lava-field. The blue line indicates the size of the field on September 1st., the red line is how it locked yesterday, September 3rd. Jarðvísindastofnun

END_OF_DOCUMENT_TOKEN_TO_BE_REPLACED

12:27   Ground Broken for Addition at KEF Airport
11:19   Tourists in Quarantine Not Welcome at Some Hotels in Iceland
10:10   Vaccinated Tourists Not to Be Tested in Iceland as of Mid-June

8:06    UltraMarathon Planned in Iceland in June