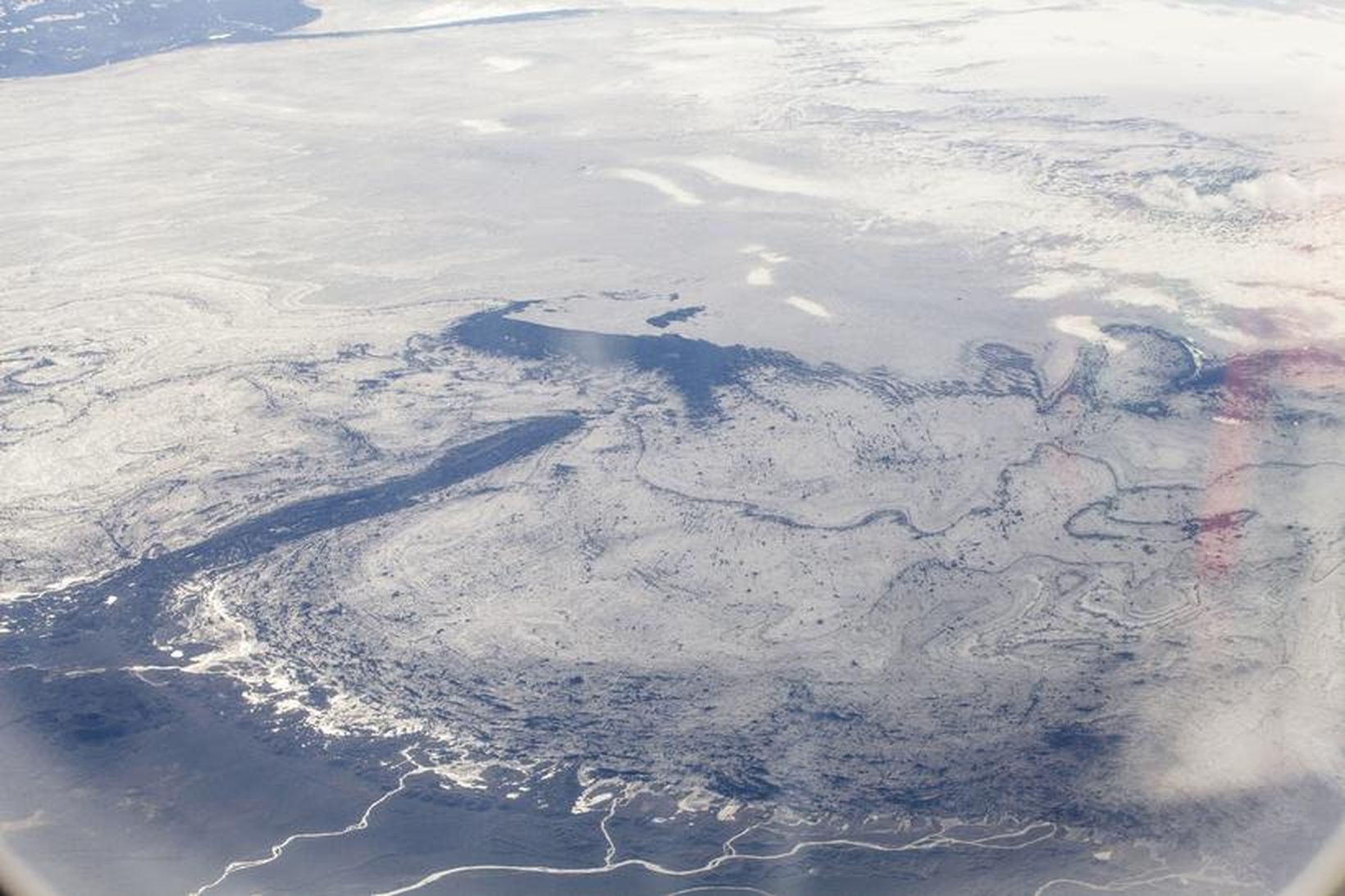 END_OF_DOCUMENT_TOKEN_TO_BE_REPLACED

Following the seismic activity in northwestern Vatnajökull the IMO has received permission to reveal the chapter Bárðarbunga System, from a larger assessment that will soon be published on all of Iceland’s volcanoes. The section is compiled by Guðrún Larsen and Magnús T. Guðmundsson of the Institute of Earth Sciences, University of Iceland. The following is a short precis from the original document created by Guðrún and Magnús.

In the chapter it says that the Bárðarbunga volcanic system has been highly active in the Holocene with at least 26 eruptions in the last 11 centuries. The last eruption took place in 1910 CE.

The largest eruptions occurred in the early Holocene, effusive basaltic eruptions on the fissure swarm with lava volumes ≥20 km3. Eruption frequency during the last 1100 years is 1 eruption per 50 years on average.

It is stated that eruptions on the ice covered part of the system have the potential to cause major floods in several rivers flowing southwards and northwards from the Vatnajökull ice cap.

The Holocene eruption history is not fully known, but lava flows and tephra deposits from eruptions on the ice free parts of the fissure swarm have been mapped in some detail.

Phreatomagmatic basaltic eruptions are the dominant type for the ice covered part of the volcanic system with the number of verified eruptions in the last 1000 years being 22. However, only one eruption out of every four left a tephra layer in the soils outside the Vatnajökull ice.

Despite the average of 2 eruptions per century during the last 1000 years, most of the eruptions occurred in the interval 1200-1500 CE and in the 18th century. The duration of these explosive eruption ranges from days to months.

Possible scenarios based on the history

In the chapter on Bárðarbunga possible eruption scenarios are based on known events in historical times (last 1100 years). However information on the current activity can be found on the IMO website.

A small explosive eruption below NW Vatnajökull may last for days or weeks, e.g. the 1797 CE eruption. Length of warning period is unknown. Likely magma composition is basaltic. Peak activity will not necessarily occur at the beginning of the eruption. Activity is expected to be intermittent. Intense tephra fall outside Vatnajökull is possible.

A moderate explosive eruption below NW Vatnajökull can last for weeks to months, as the 1717 CE eruption that lasted from early August to mid-September 1717, spreading tephra across North and Northeast Iceland. Length of warning period is unknown.

Eruption column height unknown but could exceed 14 km. Intermittent but substantial tephra fall and darkness in proximal areas (<40km) can be expected (Figure 5a). Tephra fall could reach mainland Europe. A predominantly effusive eruption on the fissure swarm can last intermittently for 1-2 years, such as the 1862-1864 CE Tröllahraun fires, that produced 0.3 km3 of lava on a 16 km long fissure.

Could continue for months to years

In the last 1100 years the large eruptions have been confined to the fissure swarm southwest and north of Vatnajökull. No large eruptions are known to have occurred in the central volcano. A large fissure eruption is likely to continue for several months to years. Warning period is unknown. Instrumental precursors are expected to be seen before eruption outbreak. A discontinuous volcanic fissure over 60 km long between the extreme ends can be expected. Depending on the location of the fissure, it could be either predominantly explosive, or predominantly effusive.

Full version of the Bárðarbunga System 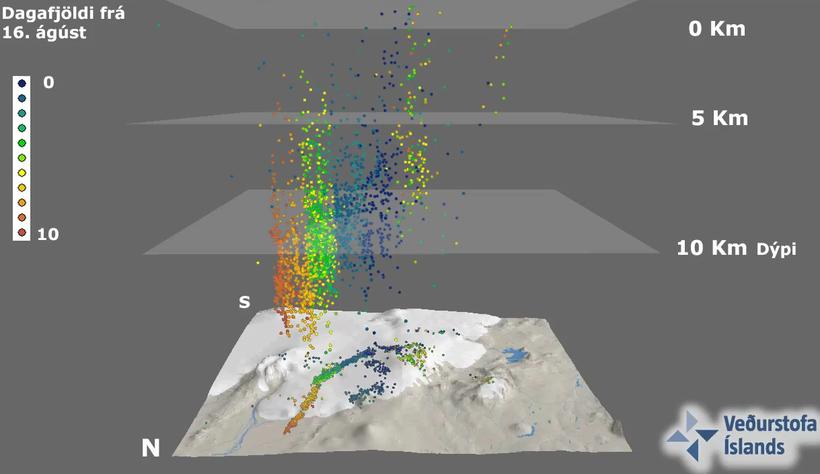 Screenshot from a video made by the IMO on ceismic activity over ten days. Photo/Youtube Screenshot