Another eruption in Holuhraun 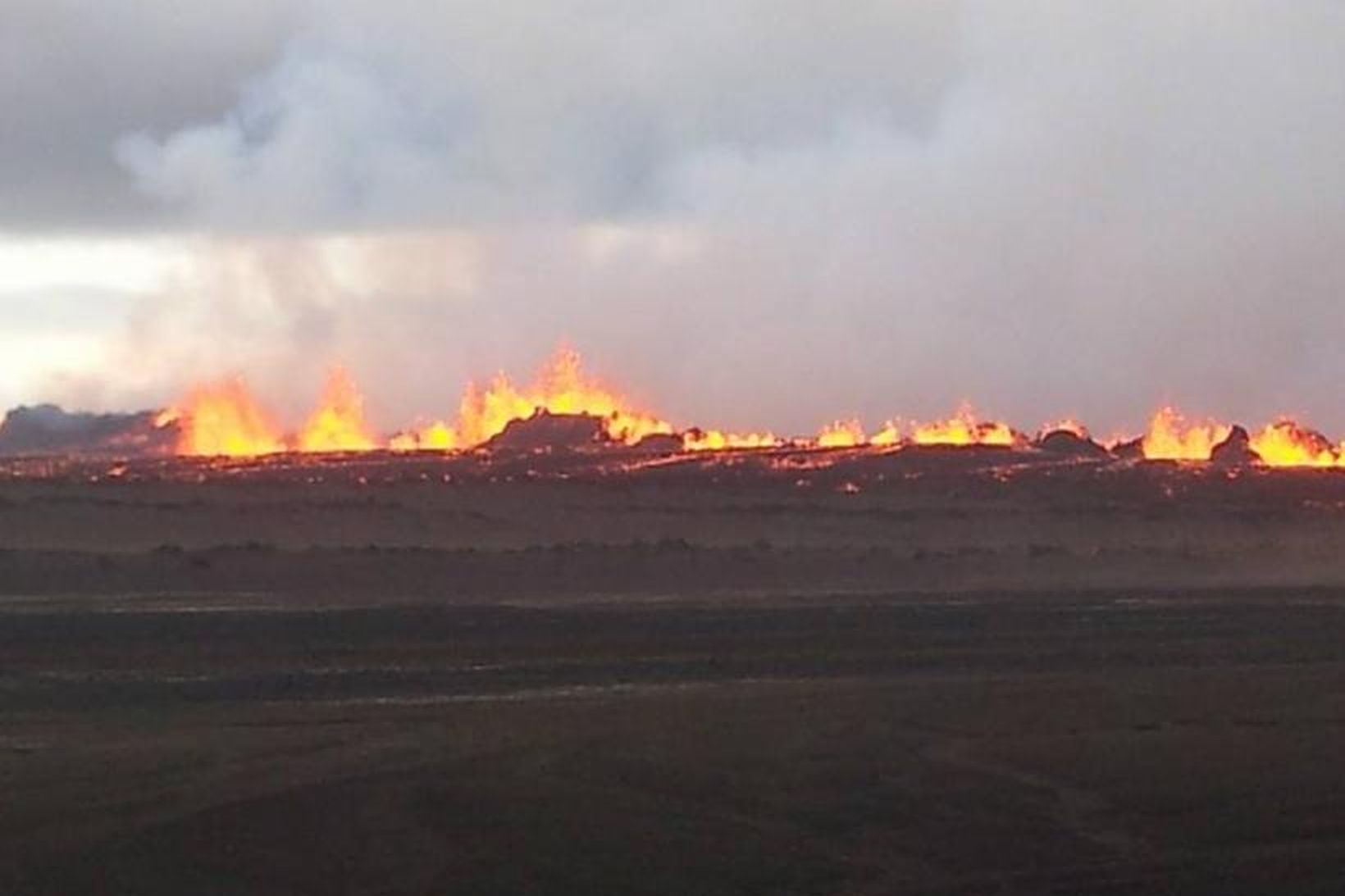 END_OF_DOCUMENT_TOKEN_TO_BE_REPLACED

Another small fissure eruption has started in Holuhraun, about at the same position as the eruption on Friday morning. Almost no tremor is seen on seismometers.

Scientists are in the area and believe the rift has reached further north. The Met Office has issued a code red aviation warning around Houlhraun.

The eruption started at around 05:05 GMT this morining, in the same rift as Friday. Víðir Reynisson, Civil Protection Department manager, says that it is hard to see the eruption because of weather conditions in the area.

"The weather is getting worse so we have a hard time keeping eyes on it."

Sveinbjörn Steinþórsson at the Institute of Earth Science at the University of Iceland, says that the eruption is far more powerful than the last one.

"The plumes reach 20 to 30 meters into the air. There are, however, no explosions in the rift. The eruption is in the exact same area as the one on Friday, but the rift is some 700 to 800 meters longer." The rift stretches north of Holuhraun.

"This eruption is a lot bigger. There is volcanic activity in a 1.200 meter long rift. There is one crater in the south of the rift that is not connected to ther other parts of the eruption," Sveinbjörn says. He was also on site when the previous eruption happened.

"That one faded away almost instantly. This one is obviously more powerful and shows no signs of fading."

The weather conditions can clearly be seen on the two Míla webcams, here and here. Not much is visable except for the sandstorm. Scientists have left the area around the eruption.

Seismicity was similar to what it has been for the past two weeks, with the largest earthquake, a magnitude 3,6, occurring 6,2 kilometers eastnortheast of Bárðarbunga.

A video of the eruption