Earthquakes in and around Bárðarbunga. Graph/Icelandic Met Office 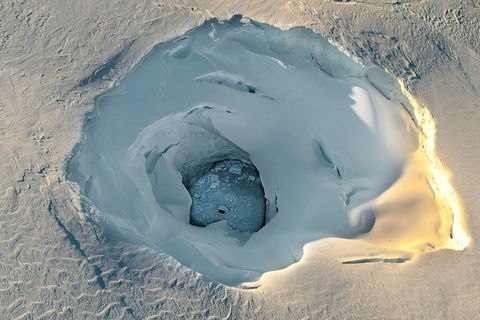 END_OF_DOCUMENT_TOKEN_TO_BE_REPLACED

The area around Bárðarbunga is still trembling. According to the Icelandic Met Office, some 1600 earthquakes have been logged in the past 48 hours, with only three of them scoring a 3 or higher on the Ricther scale. There is still, however, no sign of an eruption.

The earthquakes seem to come and go in waves. The trembling subsided shortly after midnight, but picked up again around 04:00 (4 am). Early this morning, it had eased again. Bárðarbunga can be watched live on this webcam.

This morning, the Civil Protection Section of the Icelandic police posted this update:

"Seismic activity in Bárðarbunga Northwest Vatnajökull glacier continues, but there are no sign of an eruption. All mountain roads closure in the area North of Vatnajökull are still in effect. All traffic in the area is prohibited. That includes both driving and hiking. Civil Protection is still working on Uncertainty Phase."

Most earthquakes at 5-10 km depth

"Since the onset of the earthquake swarm at Bárðarbunga on Saturday morning 16th August 03:00am, around 2.600 earthquakes have been detected with the earthquake monitoring network of the Icelandic Meteorological Office (IMO), of these around 950 since midnight (17/18th August). Several of these events were larger than magnitude 3. The swarm initially started in the Bárðarbunga caldera and has been migrating in two clusters towards the north and the east of the volcano.

The eastern cluster remains active. Two stronger pulses of activity have occurred between 10:45 and 12:00 as well as 16:50 and 17:30 this morning. Within the first pulse around noon, the cluster was again migrating northeastwards, most events are now located between Bárðarbunga and Kverkfjöll. As reported earlier, GPS ground deformation data has evidenced that the earthquake swarm is caused by magma intrusion.

Throughout the whole sequence until now (18th August at 20:45) the majority of events has been at 5-10km depth. No signs of migration towards the surface or any other signs of imminent or ongoing volcanic activity have been detected so far. IMO is monitoring the area around the clock very closely and will update in case of any changes."

How to pronounce "Bárðarbunga" 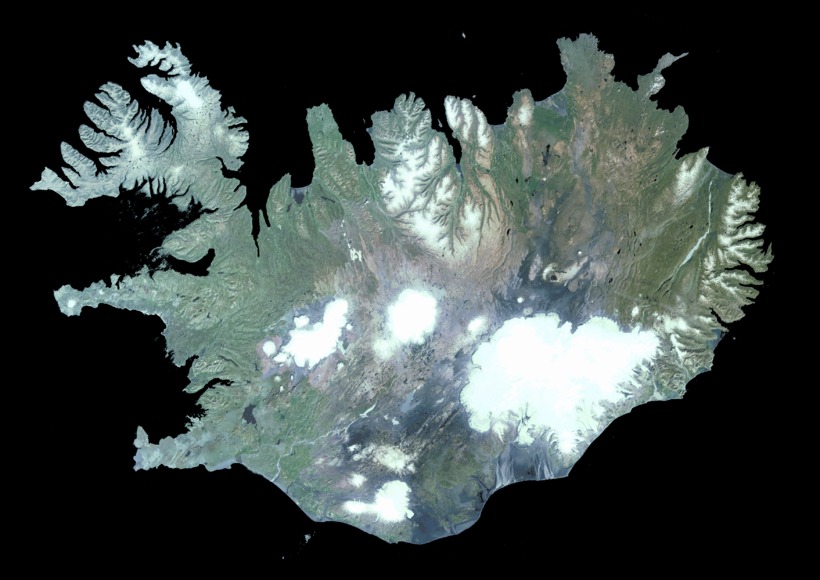 Satellite image of Iceland. Bárðarbunga is a part of Vatnajökull, the large glacier in the Southeast part of Iceland. Photo/Landmælingar Íslands 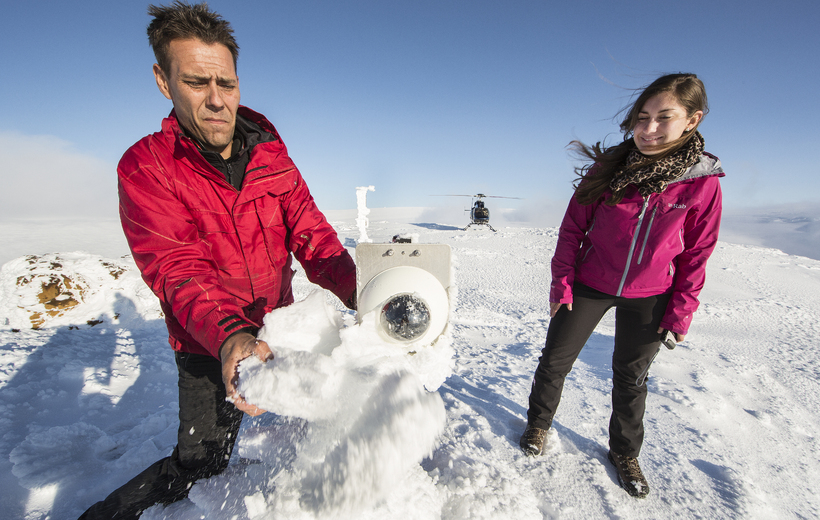 Bjarni Björnsson and Hanna Reynolds wipe snow off the lens of a webcam pointed at bárðarbunga. A link to the webcam can be accessed at the bottom of the story. mbl.is/Árni Sæberg